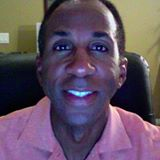 Joel received his Master’s  Degree in Business Administration from the University of Phoenix in 2002.  He spent 15 years working in the Media and Entertainment industry selling and renting professional editing systems. Before that he ran a national promotions company in the natural products industry called FARE WELL Health Promotions.

In 2010 Joel was diagnosed with diabetes, however his doctors couldn’t tell him if it was type 1 or type 2 since Joel did not exhibit clear symptoms of either type.  This put Joel on a journey to better understand this disease and what it really meant.  After reading numerous books and getting the help of his wife Fay, a nutritionist and holistic health coach, he decided to take matters into his own hands and address his condition as a systemic imbalance instead of an illness.  By reducing stress and improving his diet and exercise routine, Joel successfully eliminated the use of prescription drugs and is managing his imbalance using natural methods and products.  This experience lead Joel and Fay to want to develop a system where other people could have the tools and information to take control of their own healthcare and find natural ways to overcome systemic imbalances without dependency on pharmaceutical drugs and surgeries, thus Interactive Health System was born.

In addition to his duties running IHS Joel spends his time helping other professionals transition out of unfulfilling JOBS (Just Over Broke Status) and into new careers in the Wellness Industry.

“I have found that many people are unhappy at their current job and are looking for a way out.  Most don’t know how to give their career a makeover because they were never taught the skills of self determination.  I love helping people discover their options and I love watching their excitement when they learn how to create a new career without limits on their income or time.  There’s nothing more rewarding” – Joel K. Epps MBA